I've gotten better at maintaining a steady set of tools that work for me. These Chrome extensions are part of that larger toolset and I would love to share them with you. 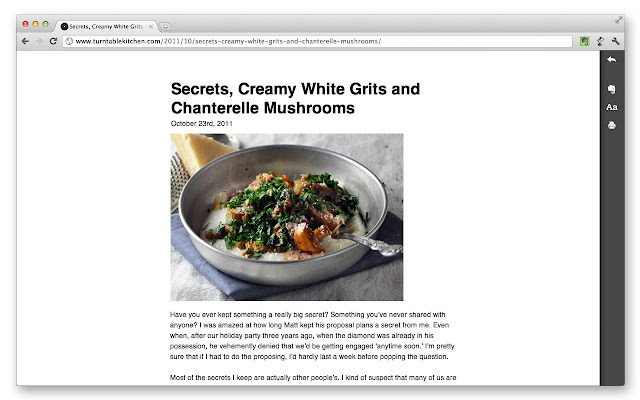 When clipping pages into Evernote many people will highlight only the relevant text instead of clipping the whole web page.

Other times it's simpler to run the page through something like Readability to strip it back to the bare essentials.

The Clearly extension -- made by the same great folks who do Evernote -- wraps Readaibility-like functionality and Evernote clipping all in one. Coolness +1 = whenever possible it combines multi-page articles into 1

It's one of my most used extensions by now. 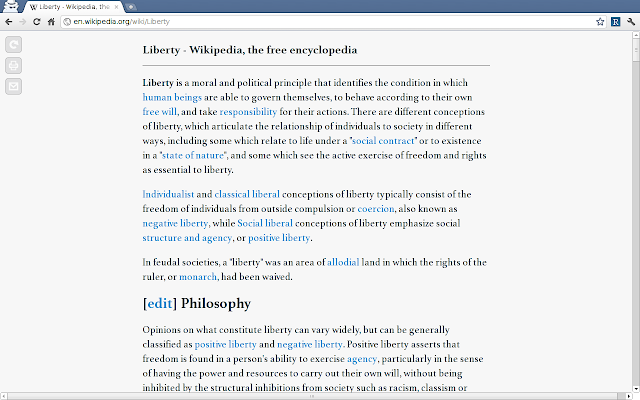 Talking about Readability: I don't like the new(er) service and prefer the way it used to be set up.

Nowadays when you click the Readability icon of bookmarklet you get whisked away to a new URL. That doesn't work for me as now when I clip the page to Evernote this new, incorrect source URL gets attached to the note.

The Readability Redux extension brings the good old-fashioned basic Radability service back. Recommended, especially if you wouldn't be using Clearly.

Build upon Gmail's native tagging and labeling abilities, ActiveInbox's interface makes processing email and following up on the To Do's embedded in it, easy, effective, and consistent.

There's a lot available through ActiveInbox but these are some of my favorite features.

Send & Archive we know as one of the Gmail Labs features; ActiveInbox goes further and turns it into Send & Archive -- and move to the next email.

I love the Set A Date feature (available in the paid version only). I use it to make emails actionable in the future ("ask me again this summer?") and to follow-up on emails I've sent (flagged as Waiting On). 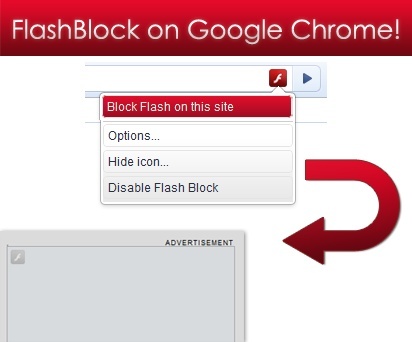 Steve Jobs was right: Flash sucks the energy out of any battery powered device.

Worse is that battery powered devices are often underpowered in the CPU department. Flash then not only wastes your electricity; it slows down your machine as well.

On my HP MIni 210-2200 (tricked out with 2 instead of 1 GB of memory and an SSD drive) both battery longevity and speed are noticeably better when serving the web with FlashBlock engaged.

When needed you can click the black F in a blocked object to see the Flash anyway. Or you can whitelist domains like YouTube to always allow Flash.

In most everyday web surfing though, most Flash objects are animated advertisements or ad objects specifically setup to bypass your cookie/security settings for ad tracking purposes. In other words: nothing lost. 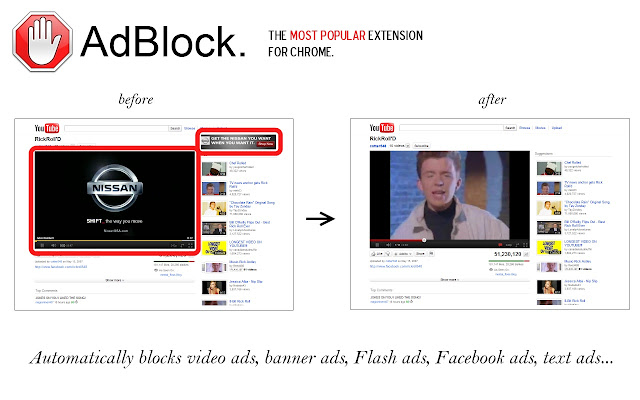 Talking about ads; sure the web with AdBlock enabled for a couple of days, then disable it for a "what the hell!?!" experience.

Yes, ads are the backbone of many sites. But honestly, it isn't my job to keep these web circulations in the running.

Those sites I do want to support I white-list (seriously, I do) so I see there ads. My caveat is that they have to be non-annoying ads though. It's super user unfriendly to have someone try to read a good article while an animated monkey is freaking in your peripheral vision...

AdBlock basically works out of the box. Install, go along with the suggested basics and the web turns quiet and serene all of a sudden. But remember: support sites you enjoy.

They are each highly recommendable.

About the Author: Ruud Hein

My paid passion at Search Engine People sees me applying my passions and knowledge to a wide array of problems, ones I usually experience as challenges. People who know me know I love coffee.

Fast Facts About Pinterest: What Your Business Needs To Know